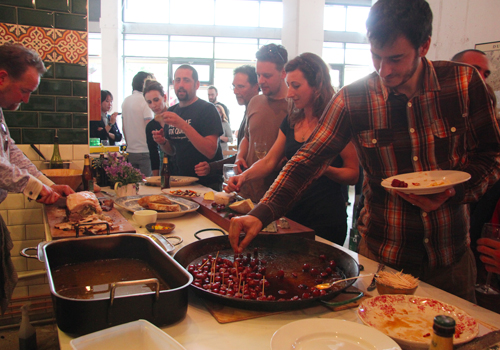 We had an opening. Well we had already been open for 3 weeks but I’ve been told that it was a ‘soft launch’ (whatever that is). Anyway, we had some friends around, all the people who helped out in whatever way… and there were tons of you! Sincere helpers, people who would say with genuine enthusiasm in their eyes that if there was anything they could do to help they would be glad to get stuck in. Well thank you all for being amazing human beings.

It was great to get everyone in there for the first time and kick back with a glass of wine… heres to many more!