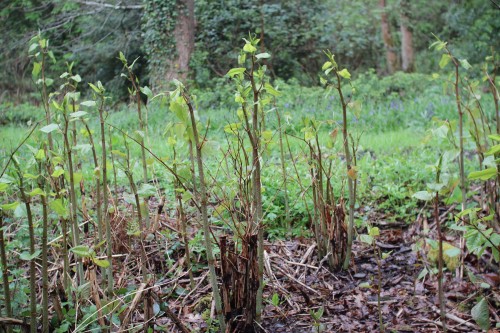 Japanese knotweed (Fallopia Japonica) is an invasive alien. A pest. Feared by most gardeners or land owners, its root system is so aggressive that it dominates and eventually kills pretty much all other herbaceous life around it over the course of a few years. The root system is made up of incredibly hardy rhizomes that can extend to 3m deep and 7m apart.

People spend thousands on control measures and often resort to powerful chemicals in order to free themselves of it. It is incedibly difficult to eradicate.

It is also edible. 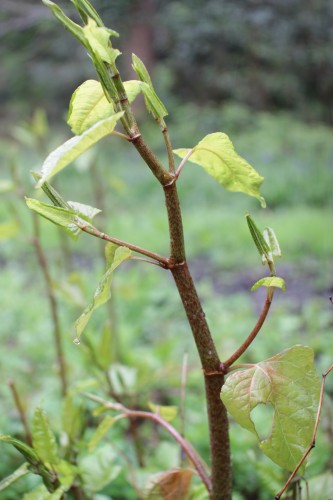 We have substituted the rhubarb sauce on our porchetta sandwich for Japanese Knotweed compote for the next month…..or however long we can get our hands on it.  We also made some pickles and are thinking of other practical uses for it. 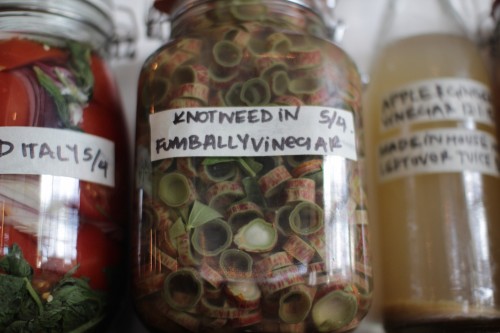 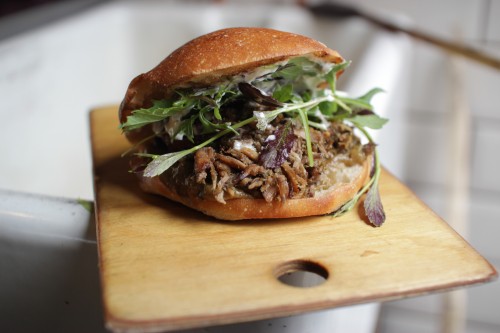 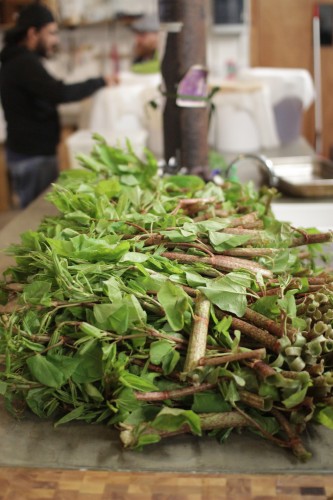 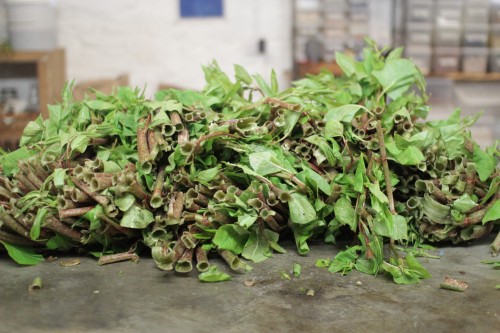 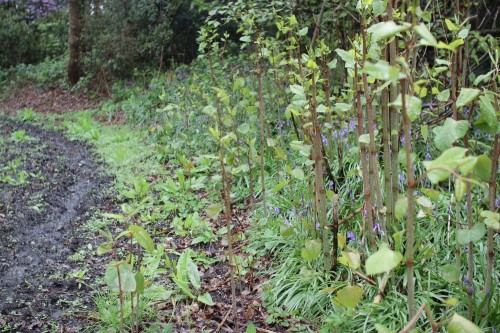 Now, the end of April/ beginning of May, is the time to forage for knotweed as you want to try and pick the young shoots (the first two foot of growth). Once they grow tall the stems becomes a lot tougher and more fibrous and inedible. Bare in mind that it is extremely fast growing, extending up to three feet per month. You would think that it is of the same family as bamboo for the speed at which it grows, and also the stem structure is somewhat similar, with internodes and hollow stem sections. However, it is nowhere near as strong. A four year old could easily push it over and snap the base joint while it is still in its first few months of growth. The decayed growth from last year is also very weak and can be broken easily, an antithesis to the power of the root system. 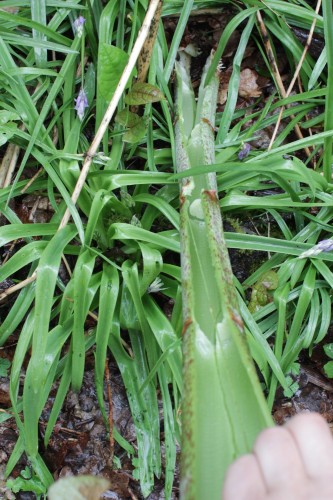 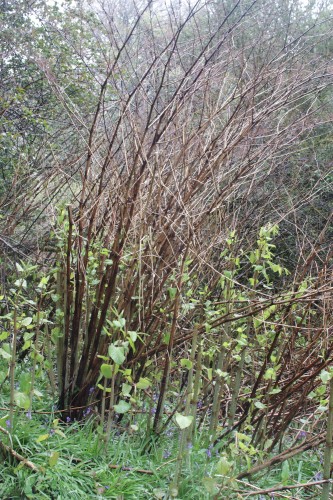 Get the young shoots now though,  and they are crunchy and fragrant, slightly tart when raw and quickly tender when cooked. Picking them young will discourage any further growth of the shoot. The stuff that we managed to harvest was a little bit taller than you would ideally want, but the top 12 inches or so are still good to cook with. If when you are snapping off the top you hear a distinctly melodic popping sound you’ve got a good tender shoot. If you have to tug it a bit, the fibres have already started to develop and you will get stringy tough segments of stem.

Simply picking the tips will not kill off the root system unfortunately though. Consistent picking over a number of years may lead to a die off of rhizomes but you could be at it for a good while. Which may not be a bad thing if you like to eat a lot of knotweed crumble! It is the aggressiveness of the spread that is worrying, however.

If you do decide to cook with it do not throw away or compost any loose ends. Use the whole stem that you have picked! You could even use the leaves as a spinach alternative (they need a good bit of salt though). Burn or blitz anything you don’t want to use though. This all sounds very extreme I know but the plant has an incredible capability to reproduce from even the tiniest stem cutting, so throwing leftovers into your compost and then spreading it over your lovely veg patch could be disasterous.